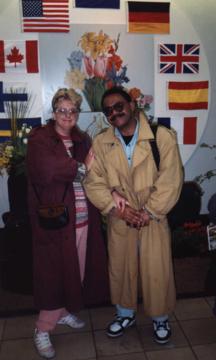 My first introduction to Mainland Europe was a trip to Holland in 1991.

We flew to Amsterdam and then caught the train to a place called Alkmaar in Northern Holland, close to the Belgian border where we stayed with some friends who had moved over from New Zealand.

I first got to know Nicky and Margaret when I worked with Nicky in Auckland. Later, he and Margaret moved to Holland (where Margaret is originally from) and they had a terrific place, right in the heart of Alkmaar. They are great people who very kindly took time out of their busy schedules to show us around.

Alkmaar is a nice town and like much of Holland (and mainland Europe) is full of great cafe's, open-air bars and restaurants. There are plenty of places to sit with a hot cup of real Dutch coffee (The best in the world in my opinion) or a cold beer and watch the world go by.

Alkmaar is also the cheese capital of Holland and boy do they take it seriously! From the traditional hard Dutch and Swiss cheddars to the softer French and Belgian varieties, you name it and I guarantee you can buy it at the regular mid-week cheese markets in Alkmaar.

The city also has a pretty good range of restaurants offering cuisine from the four corners of the globe. On a single street you can sample dishes from Indonesia, Argentina and Russia (I highly reccommend Russian coffee - just make damn sure you don't drive for about 24 hours afterwards!) 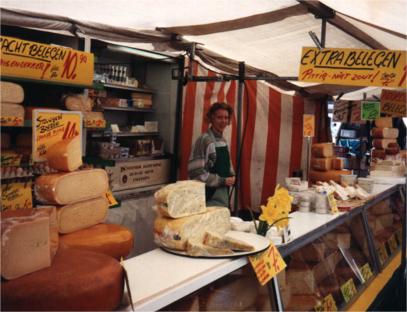 Alkmaar is only a short drive (about 3/4 hour) from the Belgian border. We popped over to the markets in Antwerp, where you can get an excellent deal on a range of leather goods and browse through a myriad of weird little stands.

Alkmaar is also not too far from a place called the Keukenhoff (literally meaning "Kitchen Garden"). The Keukenhoff is a spectacular series of tulip gardens, where many of the more unusual tulip hybrids are grown.

The Keukenhoff is also known as the 'Garden of Europe', and is the world's largest flower garden. The official website states that: around some 7,000,000 (seven million) flower bulbs are planted a year in the 32 hectare park.

Flowers and flower seeds are one of Holland's biggest exports and in spring the Keukenhoff is just spectacular! 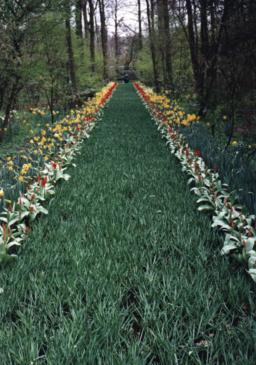 On the whole the Dutch people are friendly and helpful and most not only speak fluent English, but are keen to practice their English by speaking it as often as possible (unlike the French or the Germans to a lesser degree).

Their lifestyles are mostly more relaxed than here in Southern England and they are generally liberal and open-minded about most things, without being naive. They have a practical and non-judgmental approach to life which we could learn a lot from...

From Alkmaar, Amsterdam is less than an hour's ride on the train (much more convenient than driving) and is a great town! See the Amsterdam Page for the low-down...

On the whole, Holland is an excellent place and well worth a visit. Forget Paris...Amsterdam is the place to see and be!