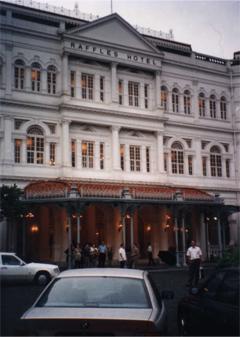 For anyone who has never been to Asia or the Orient, Singapore is a great starting-point.

While it can offer a taste of Asian and Oriental cultures, it doesn't have the hustle and bustle of places like Hong Kong and Japan and is therefore less of a culture shock than many of it's neighbours, for those of a nervous or less adventurous disposition.

Singapore is probably one of the cleanest places in the world. Almost fanatically so in some respects; Chewing gum is banned throughout the country (you are obliged to hand over your pack of double-mint at customs) and the litter laws are strictly enforced, with large on-the-spot fines for those foolish enough to flout them.

That said, there are also plenty of rubbish bins everywhere and it is a great pleasure to walk down clean and rubbish-free streets. London could learn a thing or two from Singapore...

Effective and practical health and hygiene laws are also prevalent and unlike it's neighbours, Singapore is one of the few places where you can eat out at a variety of stalls without the least bit of anxiety. A broad Asian-based multi-cultural society gives one a chance to sample the cuisine of many countries in a relaxed, cafe-style atmosphere.

Also worth a visit is Sentosa Island. The island contains a very interesting museum, which details Singapore's history from it's status as a colony in the 19th Century, through the years of World War 2, when it was occupied by the Japanese, right up to the present day. 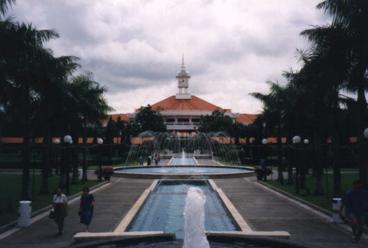 No visit to Singapore is complete without a visit to the world-famous Raffles Hotel. Named after the original British governor, Raffles fell into a state of disrepair for a short while, before being completely renovated some years ago. It is a fine example of post-colonial architecture and the home of the world-famous "Singapore Sling". In recent times, it's guests have included Presidents, Pop-stars and many of the glamour and glitter-set. Only the very wealthy need apply for accommodation, but for the rest of us working stiffs, it's still an interesting place to visit to see how the other half live!

Most of the people of Singapore are well educated, speak English fluently and are friendly and helpful. The hotels and facilities are modern, spotlessly clean and reasonably priced, although they do tend to cater for the more affluent holiday-maker. Not many backpackers spend much time in Singapore.

Singapore is a nice place to stop-over for a few days, particularly for those who are either on route to the Pacific Rim (Australia or New Zealand) or those who are visiting South-east Asia. There's not an awful lot to do and nowadays, you can buy goods such as walkmans, cameras, clothes and jewellery cheaper elsewhere. Three days was about my limit, but they were enjoyable.