Andy and Triona have thrown some excellent parties at their place and this one was no exception. A combined Halloween and Guy-Fawkes party is not to be missed - especially when Andy cooks a huge pot of his world-famous vegetable curry and a cracking chilli to boot.

All manner of costumes were on display with lots of imaginative ideas. Triona's witch costume was pretty impressive, as was Mark's zombie (informed sources tell us that Mark apparently looks like that EVERY morning).

Full points also go to Ian the leper who created a very realistic scab-effect with some spray on latex, a little colouring and a few cornflakes for texture.

As usual, Nick had the best costume (a "Scream" mask that even spurted fake blood from a heart-shaped pump) and Sian's Vamp costume earned full marks.

Nick shed his costume long enough to perform his fabulous fire-eating act (and considering it was about 4 degrees Celsius outside, he did very well), before we all settled down for some hot food (Andy's vegetable curry redefines the term "hot") and a few beers. 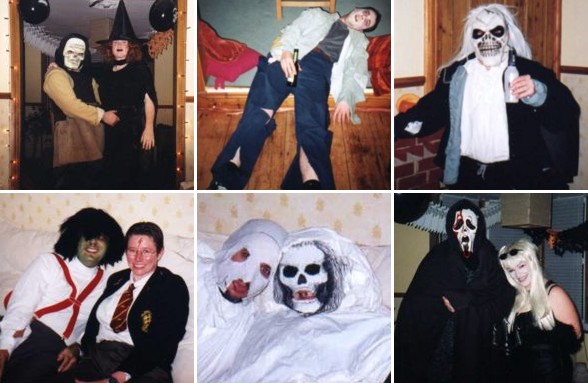 After dinner, it was time for a few fireworks and then back indoors for a rowdy game of "animals" (the ultimate drinking game) which saw us well into the wee hours of the morning.

Thanks Andy & Triona - we had an excellent time as always.