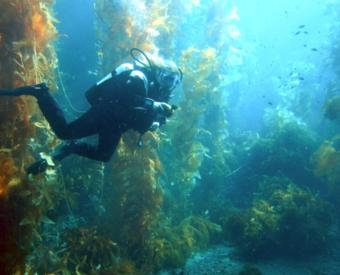 In September 1999 Andy and Tri spent a week in California and dived the kelp forests off Catalina. What follows is their account of the story, finally documented after a wonderful evening meal at their place not too long ago:-

Here Tri and I were, poor students staying with Tri's sister and Brother-in-law in California and determined to get to Catalina Island to dive. So what did I do? Chartered a helicopter to get us there so we could go diving! My thanks to American Express for a short-lived opportunity to give us one of their cards, which we used on the trip and then had to work like crazy afterwards to clear the balance, before cutting it in half!

From a heliport in Santa Barbara, we flew to Catalina island, only 20 minutes away. You could actually see the island from the shoreline, and the island itself is a site of special scientific interest. So there's no cars allowed on the island and there's no major in-road network there.

When we arrived, we hired an electric golf cart which is what people use to get around out there. Of course we had all our diving gear, including tanks and so forth so it was pretty full. We went into a dive shop with the idea of picking up a guide and going out with them, but as we had just turned up on the day without prior booking, we found we were a bit stuck because it was shark breeding season and so there were no guides available. So we thought "sod it - we're going to dive ourselves anyway".

... then I realised that the distance between us was getting bigger and bigger ...
it was obvious then that we were caught in a rip tide!

I had completed my PADI advanced open water in Malta with Phil and Tosh in 1996 and Tri had her open water qualifications, so we felt confident enough to do this. We picked up some guide books from the dive shop and got the locations for the dropdown point. We filled the tanks, checked our gear and then headed to our chosen point on the shoreline.

Once there, we got kitted up and ready to go. It was a beautiful day and we started swimming on the surface, out to this buoy which is where we needed to descend, using the buoy chain. The drop to the sea bed was about 25 metres, but the buoy was about a 100 metres offshore and first we had to get to it. So we started swimming out to it, but about 20 minutes later the problems started.

Tri was a much stronger swimmer than I was and I was swimming a bit hell for leather to reach the buoy, in order to rest before we descended. Despite that, I couldn't believe that I was as far ahead of Tri as I was and then I realised that the distance between us was getting bigger and bigger and I was getting close to the buoy but she was struggling behind me and it was obvious then that we were caught in a rip tide! We both finally made it to the buoy but it had taken every bit of energy to get there. 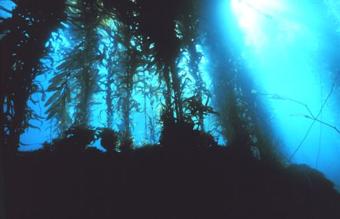 Tri adds: I still to this day remember the feeling. I'm really conscious of my limitations in the water, especially in the sea and I remember thinking: "Oh my God...I feel out of control here". I remembered the kelp underneath me and I thought, "this is what's going to keep me where I am" and so instead of swimming by putting my hands in front of me, I would put my hands down and hold on to the kelp and pull myself along and that's what got me to Andy. Once I'd caught up to Andy we worked together to get the rest of the way to the buoy.

Andy continues: We got to the buoy and we couldn't believe how hard it had been to get there. Neither of us had ever been in a rip tide before and we didn't really know what the signs were. Once we reached the buoy we were both exhausted and feeling quite concerned, thinking "we don't have the energy to dive". And then we looked back to the shoreline and we were shocked to see ambulances and fire engines on the beach and crowds starting to build up on the shoreline. Of course we thought: "Crikey! What the hell's going on?" and then we saw helicopters starting to turn up. Because we had been so focused on getting to the relative safety of the buoy, we hadn't appreciated that all along the shoreline, all this was going on.

It was an eerie feeling because the kelp just sort of parted and suddenly we found ourselves swimming into a jet engine housing ...

We decided that something was not right here and we would turn around and go back into shore. Of course the problem was that when we decided to head back, the rip tide had turned and was now moving against us again. So, we were now faced with the situation of having to struggle to get back to shore, again fighting the rip tide and that was really hard then, because we were already knackered. Anyway, by hook and by crook, we managed to get back to the shore. Bearing in mind that the buoy was only a 100 metres offshore, it had taken us just over an hour to get to the buoy and back again.

When we reached the shoreline we found people running down to us and literally pulling us out of the water! We still didn't really know what all the fuss was about, but it turned out that we had made exactly the right decision, because this rip tide was apparently a natural phenomonon which occurs only once every 50 years and because it happens so infrequently, it's not advertised. The rescue services were there because a group of about half a dozen divers had gone out about 30 minutes before us. They had descended and then got caught in the rip tide and dragged out to sea as they tried to ascend to the surface. The helicopters were picking them up over a mile out to sea! 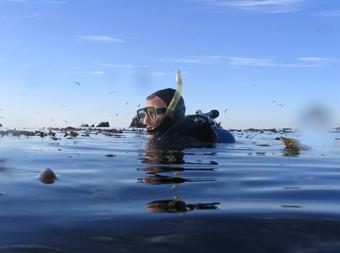 Once out of the water, we got ourselves sorted and realised what a lucky escape we had both had. We went back to the hotel, got cleaned up and then went out for a meal. It had really scared us a lot and we realised how dangerous it had been.

The divers that had been caught were lucky to survive; that they had enough spare air to have got back to the surface despite the rip tide and also lucky to be picked up so far out to sea. I don't think there were any fatalities, but I remember that there was one person seriously affected, because we heard somthing about it on the news the next day.

That night after dinner we sat on the shoreline and talked about it. We thought: this is one of those points where we are either going to give up diving altogether or get back in the water and dive again as soon as possible. Having experienced how a safe situation can turn very quickly into a highly dangerous one, we were both feeling a bit freaked out. But us being us, we both agreed that we were not going to let [this experience] stop us. We knew that if we didn't dive again the next day or as soon as possible, we probably wouldn't dive again. So we decided to have another go.

As you can imagine, there was a real atmosphere around the place then and diving was off a lot of people's agenda after this incident and no-one was pushing to get into the water again so soon, so we decided to go out on our own again, but this time on the QT. So we got up the next morning at 6am before anyone else was up and went out to do it again. And it ended up being once of the nicest dives we've ever done. Certainly a romantic dive; the two of us getting up before dawn and heading out. We got out to the buoy with absolutely no problems in 5 minutes flat. We dropped down the buoy, with the sun up and it was crystal clear. We dropped down the chain, through the kelp.

I loved it because to me it felt like how a bird must feel flying through the canopy of a forest.

We decided to swim to the wreck of a Jumbo jet that was there so after we touched down on the bottom (narrowly avoiding a scorpion fish at the bottom of the buoy chain which Tri spotted!) we then swam about 100 metres through the kelp. I think we were at about 28 metres at the bottom of the chain and the jumbo jet was resting at about 35 metres so we knew we would be pushing it a little to get out and back before we ascended because we only had a single tank each.

We got really cold as we hit the edge of the shelf and dropped down through the kelp, still looking for the Jumbo and then suddenly there it was. It was an eerie feeling because the kelp just sort of parted and suddenly we found ourselves swimming into a jet engine housing, almost as big as this room, right in front of us. We skirted around the jet a bit, but of course it was huge and we didn't have time to get all the way to the tail, which was pointing further out to sea, because that would have taken us another 20-30 metres out, which then has to be swum back of course. So we just had time to have a quick swim around the nose and the front of the fuselage and then came straight back in to the bottom of the chain and sat there for about 10 minutes before beginning a controlled ascent. 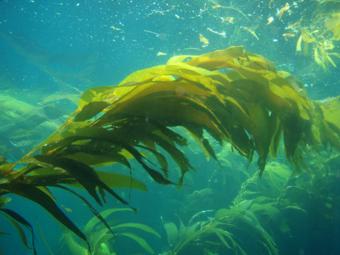 We came out of it thinking: What had felt like the most perilous dive the day before had been replaced with one of the most tarzan-film kind of moments in an underwater jungle scene, where you just had all this kelp and the wreckage of a jumbo jet nestled among it, all surrounded by beautiful sea life like parrot fish.

The kelp was just incredible; the amazing thing about it is that it defies gravity - it's stem at the bottom is almost the same thickness all the way up to about a metre from the tip and about the thickness of a bamboo cane. It grows to about 20 metres in height and there's just so much of it. I loved it because to me it felt like how a bird must feel flying through the canopy of a forest. It was also great to hover amongst the canopy which no human would be able to do on land. At that time the currents were so gentle that the kelp moved much the same way as the top branches of trees in the jungle would move in a light breeze.